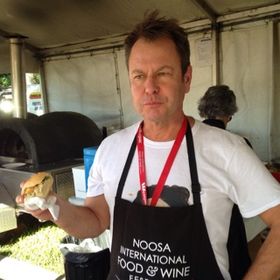 AFTER a couple of $10 finos at the zinc-topped, street-level bar of Fortitude Valleys scalding Ortiga, we descend to the engine room, a white, linen-clad subterranean warehouse-style dining salon and naked kitchen for, among other things, a $50 flounder, no chips.

Don’t misunderstand me. Ortiga is not particularly expensive (although it’s not cheap). But it represents the ultimate Australian expression yet of how the aspirational middle classes have co-opted the essentially rustic beast that is traditional Spanish home cooking. Just when did our exchange rate with the euro slip so far?

The answer, perhaps, is when Brisbane restaurateur Simon Hill decided his old Isis site and chef Pablo Tordesillas (not to mention his amazing wine collection) could be put to better use. The result, while in no way formal, is undoubtedly Australia’s most serious Spanish restaurant, a place with double-draped tables, besuited maître d’ and a multi-vintage collection of Romanée-Conti (alongside a prodigious selection of Aussies and Spaniards) that makes an obvious, stark comparison with either Melbourne MoVidas, or Sydney’s Bodega. Where the southerners exude tongue in cheek, an easy blurring of the boundaries between drinking and eating and a slightly beguiling informality, Ortiga takes itself more seriously. If you’re down here, you’re down to dine. And dine well.

Hill is a Brisbane veteran and that manifests itself in myriad useful ways: attention to detail, systems that work and staff with nous. Seated in your funky white resin chair, you’re pretty much face-to-face with chefs at work. Ortiga’s dining space is more or less part of the kitchen, or vice-versa, and a state-of-the-art German extraction system in the ceiling keeps everything smelling of roses. Or rosado, anyway.

Tordesillas’ menu adopts the vogue mode of offering several dishes for two: one is that flounder, grilled, boned and served in a golden puddle of butter and olive oil, with chardonnay vinegar, parsley and massive garlic chips. It’s a textbook, bold and lively version of a fish that, admittedly, polarises. It comes with a mixed leaf salad. And like everything we eat, the produce, while of great quality, is lacking any real sense of provenance. The rest of Australia is boasting about its Queensland beef and in Ortiga, the meat’s from WA! It’s a Brisbane thing.

The flounder, and indeed a bowl of lovely, fried, eat-’em-whole school prawns with citrus salt and the creamiest alioli, veer towards the rustic. But there are unquestionably ambitious dishes, too. A special of mud crab – flesh plus brown innards turned to a sauce – is tossed with herbs (dill, parsley, celery leaf) and served within a nest of green beans and peppers with broad beans, a dill salsa verde and a red pepper sauce all around. The pretty/arty splodges will impress some more than others.

A salad of seared tuna belly, cucumber ribbon, heirloom tomatoes, grilled baby onion and olive oil sorbet is creative and contemporary without being too fussy, while the combination of oysters beneath flat-beaten pork trotter meat, sautéed nettle, hazelnuts, a gelatinous pork jus and pinwheels of crackling (pictured) is destined for signature status, instantly. Unique and wonderful.

Here is a menu with some fresh ideas that don’t seem to have done the usual molecular rounds, a fresh feel in an espuma-free environ.

A little goat’s milk pudding with fresh figs, truffled honey and candied walnuts is a delight; the use of commercially made tortitas de aceite, the Sevillian pastry wafers, with a chocolate and caramel ice cream can be forgiven when the ice cream is this good and the broken wafers so fine. Less forgivable is the seemingly random policy on bread for tables (we saw none, others were luckier). At $50 per flounder, it’s a little middle-class expectation that doesn’t seem unreasonable. Let’s call it an Australian perspective on Spain.